Empowerment and visibility for women, subverting stereotypes with sizzling performances and wellbeing workshops on tour in Wales and beyond in 2020.

‘A Tope’ (Spanish = wholeheartedly, to the max, brimful) – a troupe of women, striking drumming, stunning singing with a Latin twist and Taiko shouts.

THE WORKS involves an audacious performance of women playing large drums with big sticks, both the luscious rhythms of Samba and the dramatic physicality of Taiko. Drumming is interwoven with harmony singing in Spanish and English of original songs written by the first ‘A Tope’ duo, Amanda Lloyd and Heather Murray. A core group of performers are involved here.

The full theatrical production of THE WORKS includes projected images, Welsh & English translations of the Spanish lyrics and photography/film/animation which highlights the theme of the show; living wholeheartedly – women’s much-needed empowerment and visibility is energetically seen and heard here as creative and forceful warriors of compassion.

THE WORKSHOPS are an integral part of the project. Wellbeing workshops may accompany the performances and/or stand alone. Amanda, Heather and Fliss Fleck are founder members of ‘Music and the Muse – wellbeing workshops Wales’. This is a collective of women arts practitioners and therapists skilled at running successful community events. Using the ‘5 Ways to Wellbeing’ model, we can run taster workshops in Samba drumming, Taiko drumming and harmony singing using music from THE WORKS.

We have developed a songwriting tool whereby folk can come up with their own song and take away a GarageBand recording of it, in around 30 minutes. Elements of yoga and mindful movement feature large. The wellbeing umbrella can be opened wide for this project.

THE GIG – for smaller venues/festivals/open mike sessions, combinations of performers can draw from the THE WORKS repertoire to adapt and fit the bill.

THE PRESENCE – a flash mob, presence & power can assemble at events/demos with any combination of participants in the project. THE WORKSHOPS will enable women to have the confidence to perform 2-3 of the songs from the repertoire. They may join a wider network of performers who can join the core group for these songs – a MONSTOUS REGIMENT!

The logo is by painter and audio-visual animator Suzybee

Here is the last workshop: 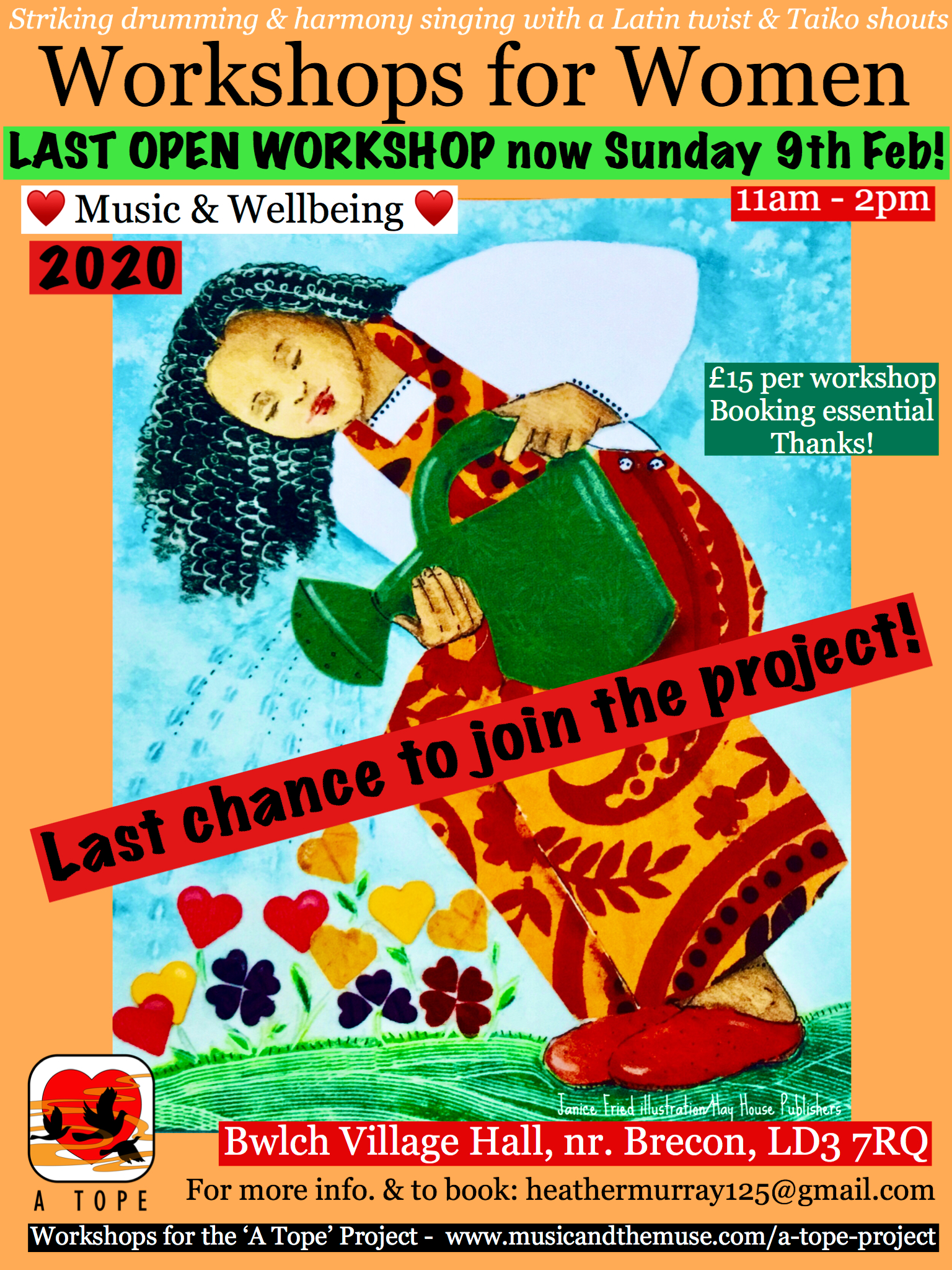 We’re delighted to announce the first performance as part of the Brecon Women’s Festival on Sunday 8th March. 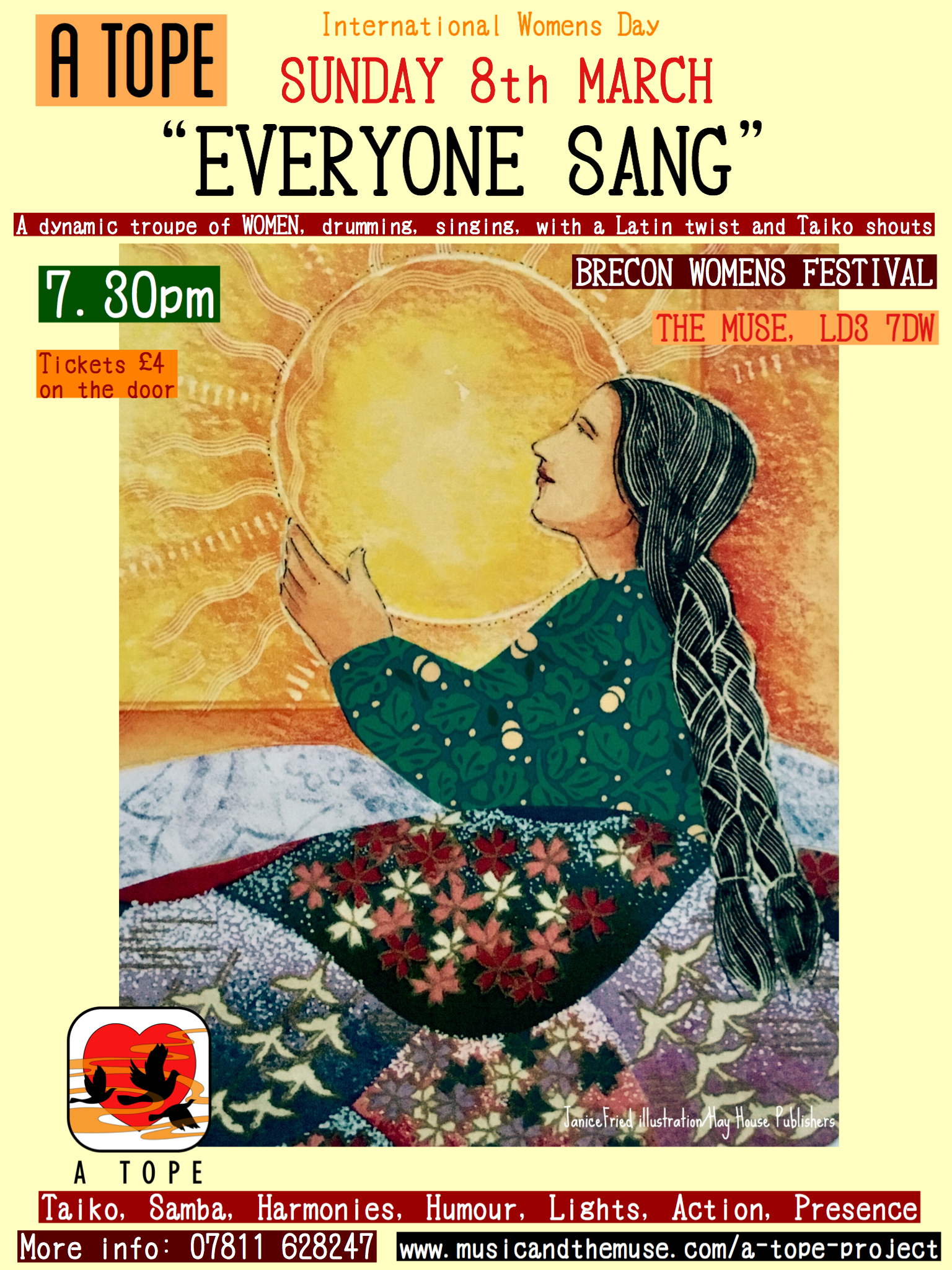 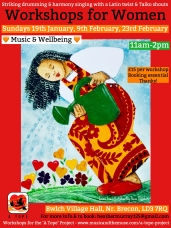 Please contact heathermurray125@gmail.com with any queries and ideas for creative offshoots.

Most recent song is part of a collaborative project…more news to follow shortly. It’s called ‘Lullaby Song’ and the YouTube link is here: